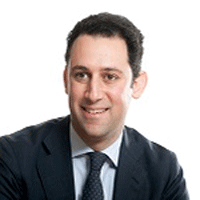 Michele is a Director within the 3i infrastructure team in London. He was previously working at Barclays Infrastructure Funds (BIF)/Barclays Private Equity before it was acquired by 3i in 2013. Michele joined BIF in 2010 from the Project Finance department of SMBC. Michele is a well rounded investor in infrastructure/utilities with background in investing both in PPP/energy greenfield projects and in operational regulated assets. His role includes origination and execution of equity investment opportunities, on-going management of existing assets, restructuring/refinancing and disposals. Michele focuses on developing the fund’s presence in the electricity regulated transmission sector and its expansion into the renewable energy space throughout Europe. Michele is also responsible for development of the Italian market, with focus on PPP (healthcare, accommodation and transport) and coverage of other regulated businesses (utilities and transport). Michele serves as Director in the board of a number of portfolio companies in UK, Italy, Jersey and Luxembourg. Michele holds a MSc in Physics from the University of Milan.